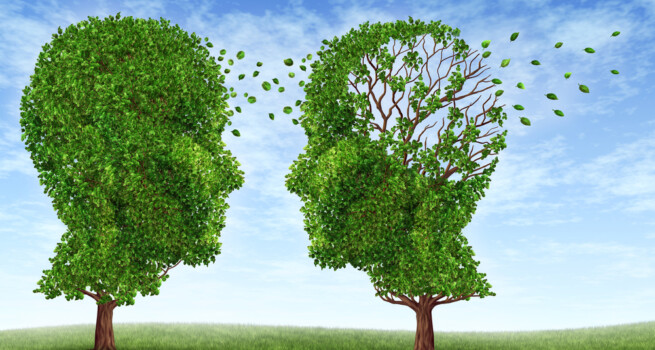 Dental health has been called a window to overall health, giving insights into the state of your overall health and directly impacting it. New research has found that dental health is also directly related to the rate of cognitive decline and dementia that a person experiences over time.

The research was conducted by scientists from the University of Eastern Finland, who investigated the impact of poor periodontal health on cognition. The literature had shown some evidence of such a relationship, but there was no consensus. The researchers looked at the evidence across time, a so-called “longitudinal study”, to see if there was indeed an effect on cognitive decline and dementia due to poor periodontal health.

They studied the relevant literature from five databases, looking at research on periodontal health as a factor and cognitive decline and/or dementia as an outcome. They conducted a battery of tests to verify their hypothesis, assessing for heterogeneity and quality of evidence.

Their findings were that the evidence did indeed show that poor periodontal health and tooth loss increases the risk of cognitive decline by 23% and dementia by 21%. Tooth loss is associated with a 23% higher risk of cognitive decline and a 13% higher risk of dementia. They cautioned that the evidence so far is limited, characterized by heterogeneity, and a dearth of robust methodology, so these findings are not firm and definitive conclusions.

The authors believe that, even with the limitations of their evidence, it is essential to monitor and manage periodontal health not simply for the sake of your teeth but also to minimize the risk of cognitive decline and dementia. However, there are still no ways to provide early warning for individuals at risk of cognitive decline and/or dementia. There is also still no consensus on how cognitive decline can be prevented. The findings come from a shortage of dentists and a massive demand for dentists. According to a cosmetic dentist we spoke to, it is necessary to educate the public about the need to maintain a high level of dental health because it will impact your quality of life and cognitive health later in life.

Why the Study is Important

Dementia. Which is characterized by progressive cognitive decline and difficulties with functioning, affecting more than 50 million people worldwide. It is becoming an even more important syndrome due to the aging of the world’s population. Experts believe that by 2050, the number of people suffering from dementia will have tripled. Mild cognitive impairment (MCI), characterized by pathological cognitive decline with retention of some functional independence, is also growing in importance, with prevalence ranging from 5% to 41% in different groups. Many people who suffer from MCI end up suffering from dementia.

Dementia and these other milder forms of cognitive decline have a debilitating impact on a person’s quality of life and cost the health care system a lot of money. Finding ways to treat or prevent them are very important. The research places an even greater spotlight on the ongoing crisis in dental care, where we face underinvestment and a shortage of dentists. Access to good dental care is essential to prevent cognitive decline and/or dementia.