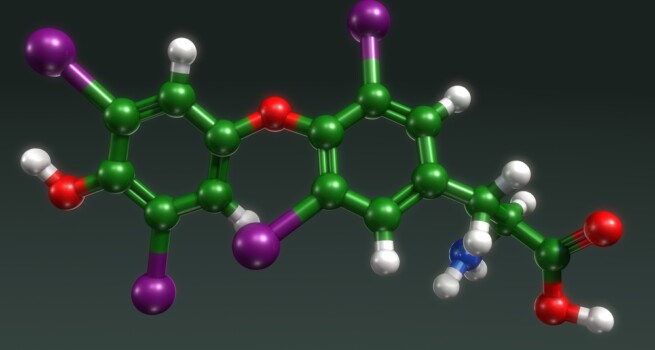 Health professionals and scientists are constantly studying a vast number of the processes and elements present in the human body to make discoveries that may lead to breakthroughs in healthcare, medicine, and many other areas of society. One aspect in particular that has been getting a lot of attention recently is called thymosin beta 4. Also known as timbetasin, thymosin beta-4 is a protein that has a lot of potential for those in the medical field and those seriously involved in athletics. But what exactly is thymosin beta-4? How does it work? And what might you gain from using it? Here’s a quick breakdown of the science behind this extremely promising new peptide.

Essentially, thymosin beta-4 is a protein that occurs naturally in the human body. Proteins are large, complex molecules that have a wide variety of functions within the body’s cells. They are responsible for structuring, maintaining, and regulating human tissues and organs, among other things. In general, proteins are made up of chains of smaller units known as amino acids. These amino acid chains generally vary in length and type, which determines the role of the overall protein. Thymosin beta-4 is a relatively small protein, or peptide, that has several diverse functions. For example, it can help regenerate tissue, act as an anti-inflammatory agent, and promote hair growth.

Lab-made peptides, like those replicating thymosin beta-4, are becoming increasingly more common. They aim to mimic the functions of the various peptides and proteins found in your body, and just like the natural molecules your body makes, lab-made peptides can have a variety of roles. Today they are found in many medications, such as those used to treat diabetes and multiple sclerosis, but they can also be used in cosmetics and dietary supplements. While they are made to imitate the structures and actions of peptides found naturally in humans, they do often differ in size and selectivity.

How Does It Work?

Peptides can be thought of as the messengers of your body’s cells. They control signaling other entities in your body to produce more or less of certain chemicals. Thymosin beta-4 is a peptide formed in the thymus and typically focuses its attention on the body’s tissues. When your cells experience a trauma of sorts, thymosin beta-4 kicks in by overseeing the healing process. First, it acts as an anti-inflammatory agent, minimizing damage. It works to attract stem/progenitor cells to the site, allowing for the formation of new blood vessels and tissue. The presence of thymosin beta-4 also decreases the number of myofibroblasts in the affected area, resulting in decreased amounts of scar tissue.

There are numerous benefits to the addition of targeted thymosin beta-4 peptides. For example, if someone is woundedreduced, it might be a way to speed up their recovery time while simultaneously reducing permanent damage/scarring. As peptides work internally, the benefits are not solely seen in external wounds. There is evidence of thymosin beta-4 assisting in the regeneration of damaged tissues after heart attacks, brain injuries, as well as internal wounds from invasive surgeries. Medical professionals might be able to prescribe and use these lab-made peptides to aid or speed up the recovery of their patients. Athletes prone to ligament tears, broken bones, or other common sports injuries might also benefit from having a faster, more direct method of repairing their damages and aiding their rehabilitation.

Of course, consulting your physician or healthcare specialist should be the first step you take with all supplements or medical treatments. Even with the vast strides taken towards understanding these complex proteins and their many benefits, there are still many unknowns that need to be considered. Studies are being done to address some of the variances in efficacy, but it is essential to remember that side effects can still occur. Depending on your location, there are also varying regulations to be aware of, affecting the availability and price of commercially available peptides like thymosin beta-4. For best results, talk to your doctor to decide on proper usage and dosage based on your personal needs and medical history.

The science behind discoveries such as the many benefits of peptides like thymosin beta-4 is ultimately quite complex and relatively new. However, it might be life-altering for people who commonly treat or rely on tissue regeneration, and it might just be the future of injury recovery processes. Regardless, now you have more background information on what thymosin beta-4 is and how it works. If you think it might be beneficial for you, don’t hesitate to reach out to your provider with any questions or concerns.